“I am in a position to be able to expose our students to our unique French dialect and culture. One of the reasons that parents choose French immersion for their kids is due to their desire for their children to learn their heritage language, Louisiana French.”

I’m from Bayou Pigeon, La., where I fell in love with my heritage.

I am a French Immersion teacher passing along knowledge of Louisiana’s history and language.

I am going to create a Louisiana French curriculum to be used in immersion schools.

Ryan Langley, ’12, found his passion through his heritage.

“I spent the first half of my childhood growing up in Bayou Pigeon where I was surrounded by French and the ‘bayou lifestyle,’” he said. “I didn’t realize how special and different it was until we moved away.

“I had learned to speak French with my grandparents, but I didn’t understand the importance of what I was doing until much later,” he said. “Once I did, however, I knew that in order to do my part in preserving and promoting my culture I needed to learn from those that have dedicated their lives to that very mission."

“After that, choosing my major and concentration seemed obvious,” he said. “I simply had to follow my passion.”

Ryan began his academic career elsewhere, but the Cajun and Creole studies program at UL Lafayette caught his eye.

“The possibility to obtain a minor in Cajun and Creole studies really piqued my interest,” he said. “That interest was compounded when I went to a recruiting event where I met a few of the professors in the Department of Modern Languages.

“I was so impressed by the passion and expertise of the faculty and the caliber of the program I decided to transfer to UL Lafayette in the middle of my sophomore year,” he said.

Preserving the Language through Research

As a student, Ryan helped preserve an oral history of stories and jokes from his community.

“I had to sift through the available material and from it create a repertoire that I could perform,” he said. “I loved this project so much because it allowed me to more deeply connect to the storytelling culture of my hometown and to preserve a bit of oral history that would have been forgotten.”

Sharing His Love of Louisiana French

Since graduating, Ryan has earned his master’s degree in education, taught at three schools in France, and settled back in Lafayette to teach French immersion. He now teaches fourth grade at Myrtle Place Elementary School.

“I am a part of a three-person team that teaches fourth grade,” he said. “I teach social studies, science, art, and French language arts.

“I consider myself incredibly lucky to be teaching at such an amazing school,” he said. “Even after just one year there I already consider Myrtle Place my home.”

Ryan works hard to pass on the Louisiana heritage to his students.

“I am in a position to be able to expose our students to our unique French dialect and culture,” he said. “One of the reasons that parents choose French Immersion for their kids is due to their desire for their children to learn their heritage language, Louisiana French."

“My long-term goal is to one day create a Louisiana French curriculum that will be accepted by the Board of Elementary and Secondary Education that can be used in our immersion schools,” he said.

“Due to my programs of study and my unique childhood experiences, I am able to help serve as that link,” he said. “In my area of Louisiana, even those that don’t speak French were still surrounded by native Louisiana French speakers growing up.” 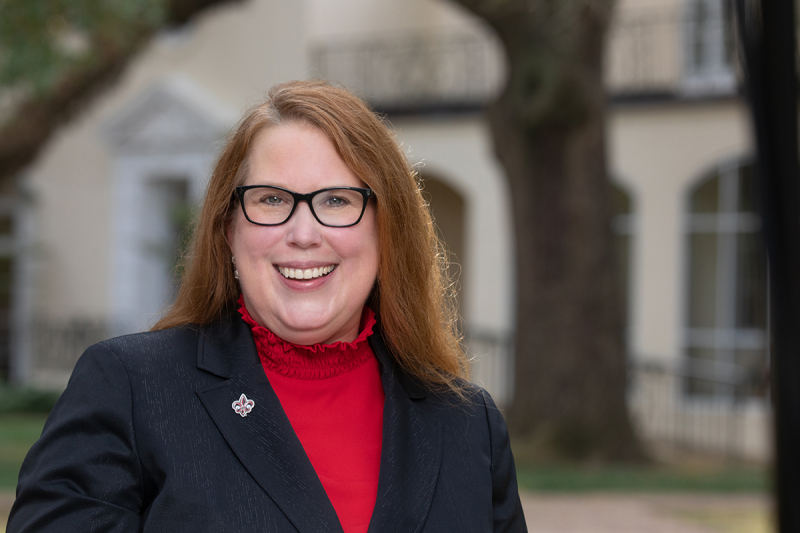