“Because of the size of our program, everything is more intimate. Our instructors truly know us and where we want to go. They care about us, break things down to make us better, and they’re really open to helping us."

I'm from New Orleans, where I grew up dancing my entire life.

I’m a student at the University of Louisiana at Lafayette majoring in performing arts with a concentration in dance.

I’m using my college experiences to grow as a dancer and an individual.

Delilah Warren has been working towards her performing arts degree to pursue a childhood passion: dance.

“I’ve been dancing since I was like 5, so it’s always been a good pastime for me. I didn’t really take it seriously until middle school, and since then I’ve been saying that I wanted to be a dancer for a career,” she said.

“I do have bad days where my body is hurting and I don’t want to go to class, but I still want to do this for the rest of my life for as long as I can, so just realizing that, honestly, it doesn’t really feel like I’m going to school.”

Delilah has found that the University’s size and the teachers’ dedication have benefited her learning experiences tremendously.

“Because of the size of our program, everything is more intimate and our instructors really do know us and where we want to go," she said. "They really do care about us, break things down to make us better, and they’re really open to helping us."

“Everyone is there to help you become a better dancer at the end of the day – that’s all we want.”

Improving as a Dancer

Intro to Dance (DANC 101) class helped her build muscle and endurance, and Dance Composition I (DANC 251) helped introduce her to the technicalities of movement.

“It’s building you up to choreography. You start with composition, and it teaches you how to create movement to create a phrase. We’re taking pictures of things and you think about what movement it’s going to be, and you put that movement into your body. So, if someone was like, wiping the table in the picture, the wipe motion is what you want to put into your body and into a body part. We work on that.” 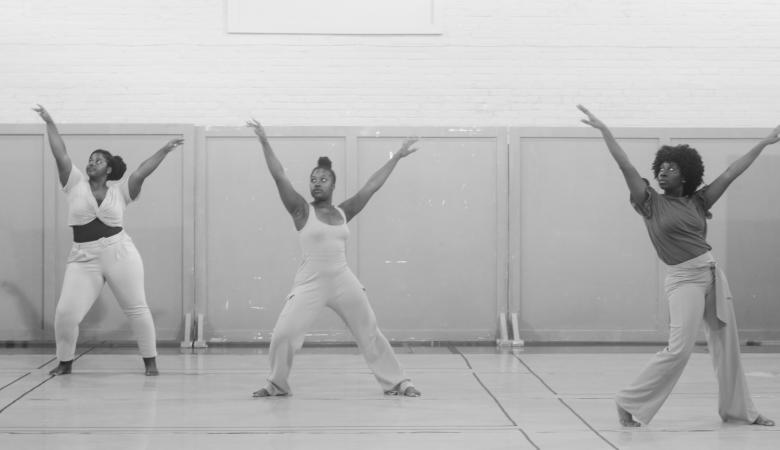 Delilah learned a lot about the casting and audition process after being cast in a production her sophomore year.

“All the choreographers are sitting up front and they have their notebooks and they’re writing down who they like and who they want to be in their piece. The whole process takes about three hours, depending on how many choreographers they have,” she said. “Sometimes they want to freestyle, or sometimes it’s not even about dancing and they want you to do some type of technique.”

The production was a key piece in her development as a dancer as it also taught her a great deal about the more technical aspects of dancing.

“You can do so good by yourself, being a solo artist, but dancing with someone else and your bodies touching, it’s different from when you’re by yourself — working with other people in that sense, and working with the choreographer, who is very open to making changes and your suggestions and things like that.”

Preparing for a Career in Dance

One of Delilah’s many goals as a dancer is to become famous — but not exactly how you’d think.

“I want to be ‘famous,’ but not super famous. Be known for my craft: that’s really the ultimate goal. It is kind of hard to be known as a dancer or a choreographer, but to be known, like ‘Oh, that’s Delilah, she did x, y, and z, she’s an amazing choreographer.’”

In fact, the University is already helping Delilah progress toward her goal.

“We just had our audition for our show this semester, so I’m excited to see if I get cast in someone’s piece. They’re talking about selling tickets this semester but then also putting in on YouTube so we can get our names out there and everything,” she said. “They’re trying to make us more known and get more exposure.”

Along with being known for her craft, Delilah has other goals laid out for herself.

“And dancers, their career isn’t as long as other careers because of the wear and tear on their body. So when I’m 30-35ish I want to open my own dance studio and, at that point, it gets well known and big so I can maybe make it like a chain in different areas of the state, the country. That’s really like, the biggest goal I have, is to have a chain of dance studios.”

As Delilah progresses, she’s found that while dance is a rewarding path, it is also a challenging one.

“It’s hard to get out of your comfort zone with things, try different techniques, try different ways to do certain things. When you look at other people and they’re doing things you can’t, it can be discouraging, but you have to remember that everyone is at a different pace and on a different journey and remind yourself that you’ll be there eventually.”

Growing as a Professional

Delilah’s business on campus isn’t restricted to dance. She was also on lead staff for SOUL Camp as the marketing and campus recruitment chair.

Her leadership role has also helped her improve other aspects of her life as a student.

“Being on SOUL camp lead staff, that definitely improved my leadership skills, time management, organization, things like that. It taught me how to also run an organization,” she said.

For me, first being a SOUL camp mentor a year ago and then becoming lead staff, I can see my development as a leader, and I can see that in other people as well. It’s a leader-building organization. Once you go through the office, you’re definitely a better person.”

One of the most important things about the curriculum for Delilah is her growth.

"I'm here, doing this, and it’s something I enjoy and I want to get better as a dancer, so I’m really excited to see how I develop over the next two years, three years, and see who I become as a dancer.” 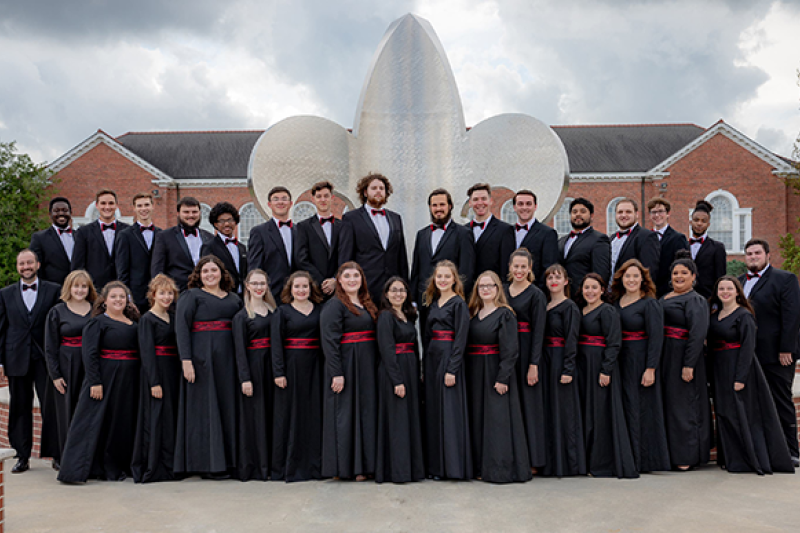