Have you seen the latest La Louisiane?

The Fall 2018 issue of the magazine of the University of Louisiana at Lafayette came out this week. It’s packed with stories that showcase what’s great about the University.

The cover story, “Against All Odds,” features alum David Begnaud and chronicles the personal obstacles he had to overcome in his improbable rise to the top of television news.

The issue also features the University’s new Louisiana Watershed Flood Center, which is poised to become an anchor in state and regional efforts to reduce the risk and severity of flooding.

The staff of the University’s Office of Communications and Marketing produces La Louisiane. The magazine covers many aspects of the University, including research, campus development, student life, athletics and alumni accomplishments.

Its readership includes students, alumni and other University supporters. Copies are also mailed to high school principals and guidance counselors across the state to support student recruitment. 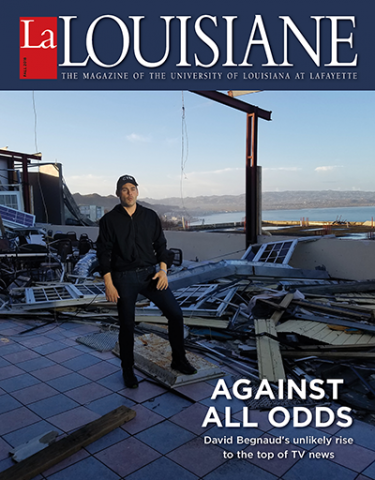