Get the latest information about UL Lafayette's return-to-campus plan and our continuing response to the COVID-19 pandemic.

She is dean of the College of Nursing and Allied Health Professions and the only Fellow selected this year from Louisiana.

College of Nursing and Allied Health Professions to implement telehealth

The quest to counter a host of modern maladies has taken researchers to the roots of traditional medicine in Louisiana.

A University of Louisiana at Lafayette exercise scientist is among investigators who concluded that the groundsel bush’s anti-inflammatory properties could combat metabolic syndrome and related conditions, such as obesity and Type 2 diabetes.

The native shrub was an ingredient in folk remedies until the early 20th century. 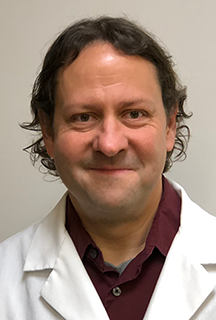 Dr. Scott Fuller, an assistant professor in UL Lafayette’s School of Kinesiology, and scientists from LSU’s Pennington Biomedical Research Center and Rutgers University in New Jersey determined that extracts from the bush’s stems and leaves positively affect the metabolism of fat cells.

That’s important to fight metabolic syndrome, a group of conditions that includes obesity, high blood sugar and high blood pressure – conditions that impact one in three Louisiana residents. When combined, the symptoms heighten the risk of stroke, diabetes and heart disease.

Metabolic syndrome affects 34 percent of all adults in the U.S. and 50 percent of people 60 years or older.

“Healthy fat cells are indispensable for healthy blood sugar maintenance and proper metabolism in general. This research shows that the groundsel bush can alter the function of fat cells in a beneficial manner and could support its use as a dietary supplement,” Fuller said.

Metabolic syndrome is “a global pandemic. Our health care system is simply buckling under the strain. Obesity and type 2 diabetes are the public health crises for the 21st century,” he added.

The perennial, semi-evergreen groundsel bush grows throughout the Southern U.S. and along the Eastern seaboard. It’s “practically ubiquitous in Louisiana,” said Dr. C. Ray Brassieur, a UL Lafayette anthropologist who also has investigated the historical use of native botanicals in folk medicine.

Fuller and the Pennington team prepared an extract from the groundsel bush’s stems and leaves, and tested the samples with a series of dyes and other chemical solutions. The analysis showed that the shrub promoted fat cell development, combatted inflammation in fat cells, and enhanced the creation of proteins that benefit the liver and skeletal muscle.